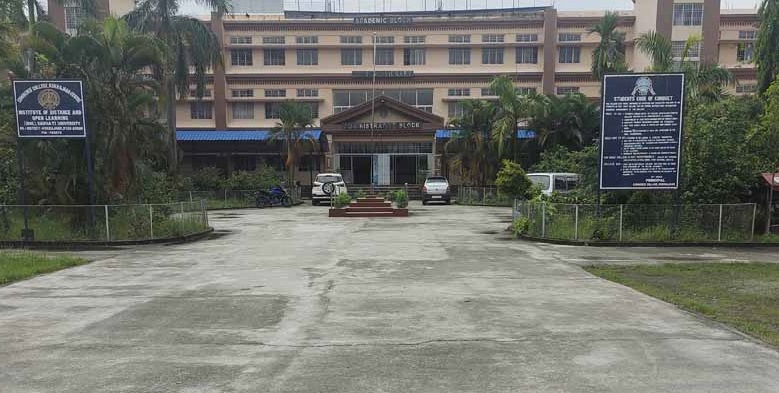 The Commerce College, Kokrajhar was established in 17th March 1985 through a Resolution adopted in a Public Meeting held at PRAGATI BHAWAN, Kokrajhar under the Presidentship of Late R. N. Basumatary, the then Minister of Flood Control, Govt. of Assam to start its Academic Session from 1985-1986 under Section 23(e) of the Gauhati University Act, 1947.Accordingly the Gauhati University has accorded necessary Permission and Affiliation up to Degree (B.Com.) Standard in General and Major Courses under Gauhati University Act, 1947 Sec.21 (g) as amended up to date and approved by the Executive Council of the G.U. The Government of Assam has accorded necessary Govt. Concurrences on the G.U. affiliations to the College. University Grant Commission (UGC) has given the Recognition to the College in 2006 under the UGC Act. 1956 Vide Letter No. F.8-33/2005(CPP-I) dated 21st June, 2006.

Vision of the College

Commerce College, Kokrajhar is to become one of the India’s leading Centre of Excellence imparting business education of the highest standard.

The fundamental responsibility of Commerce College, Kokrajhar is to serve the people and strive for the spread of business education and for academic excellence. The college seeks to present itself as a major centre of learning for the advancement, preservation, dissemination and use of knowledge in this backward region of the country. It encourages enrollment of students from different cross- sections of the society by providing them with the best of infrastructure and learning resources, so as to make teaching and learning a pleasurable and profitable experience. Through these efforts the college tries to mould in its students a total personality of professional competence, self confidence and positive attitude that would help in the development and growth of Assam in particular, the North-East Region and the country in general.

The Goals and Objectives of the College

Motto of the College

Dissemination of information and knowledge as a centre of excellence in higher education by imparting quality education and pursuing research studies.

The College is a Provincialized under Govt. of Assam and recognized under section 2(f) & 12 (B) of UGC Act. 1956 and as such, it is liable to follow all the rules and regulations framed by the Govt. of Assam and UGC in discharging duties. So, the code and professional ethics for Principal, Teachers and Governing Body are governed by relevant Act, and Provisions of State Govt. issued from time to time. Moreover, the UGC recommended code of ethics is equally applicable for the teachers and Principals drawing UGCs’ scale of pay.

By maintaining uniformity of the Colleges of Assam, of course, the code of conduct for students is usually framed by the college in consideration of the need of the College.

What to do
What not to do

For what college is not responsible

Loss of any material such as M/Cycle, Bi-cycle, Mobile, study material, cash, etc. the College management is not responsible.